Lady Gwenllian LeStrange-Tudor strikes an uncomfortable but alluring pose by the prodigal professor’s study door exceedingly curious where he has been all day, but unwilling to pry.  She is equally worried that the strap on her other sandal will break making it impossible to hold the curious pose much longer.

Fortunately, the loquacious professor is more than happy to dish about his new acting stint mingling with the commoners. He invites her to sit on the purple sofa, handing her more sensible shoes for their evening walk.

“Let me tell you all about what I’ve been doing. I travel around to different mega apartment complexes all day pretending to be one of the residents paying the $8.5 million a month in rent,” the prodigal professor says.

Lady Gwenllian heard a rumor that 95 percent of the units in the city are occupied by ghosts.

“Sometimes I play music loud or bang dishes because they found their handful of paying apartment dwellers aren’t happy unless they can complain to management about unruly neighbors,” the prodigal professor elaborates. “I make my rotations to about 10 different complexes each day.”

“Don’t you feel evil enabling the worst version of capitalism?” the Lady asks, trying to sound judgmental (knowing he completely fabricated the tale for her amusement).

“Well, if I could time travel like you, I’d destroy the truly evil villains in history because that’s my philosophical stance,” he says. “I’m the brave hero here. Besides, this ghosting gig is only temporary. You know I’m finishing my studies to become a hedge fund manager.”

Although she tries to envision her platonic professor friend as a hedge fund manager, the image doesn’t come into focus. He seems too much like a professor.

She wishes she didn’t half see his future.

“I prefer it when you wear your glasses,” she says. Whether he does or does not wear his spectacles, he still doesn’t look like a hedge fund manager. 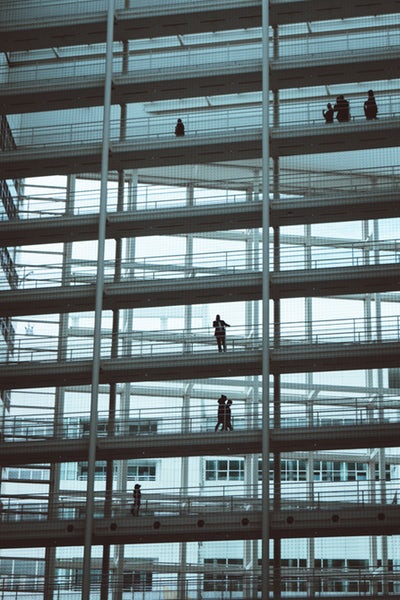 “What does a hedge fund manager look like?” he asks.

Maybe he is just like his father — too bold. Patriarchs and oligarchs, she thinks.

The professor is pleased with her counsel because he likes everything about his  life. Having the teleportation Lady as an ornament on his purple sofa. Going on long hikes. Knowing the Butler man-machine is just a thought away.

“Pardon my use of an idiom, but the real elephant in the room is the Butler’s lollygagging,” the professor says. “It’s as if the Butler has turned into Aunt Clara.”

The professor quickly closes the blinds before she notices the actual elephant now on the Tudor Castle grounds.

Lady Gwenllian suggests they need two — or four — Butlers now that the professor is back at the castle. Four half-ass Butlers make two full-time Butlers.

Maybe she is just like my mother. She’s never satisfied. Matriarchs and witches, he thinks.

Hardened to their insults and steel to the bone, the Butler then delivers cold water for their stroll. Cold water makes the professor think of cold showers.

“I always take a cold shower. It heightens one’s immune system,” he starts in on his lecture, which makes her feel strangely comfortable.

The Hermit’s Visitation & Game Night for the Gods

Posted on August 30, 2022September 15, 2022 Author Lady Tudor
Where do we go from here, now that all of the children are growing up?And how do we spend our lives, if there’s no one to lend us a hand?  — Alan Parsons Project, ‘Games People Play’ Lady Gwenllian LeStrange-Tudor, by happenstance, sees the prodigal professor’s Thesaurus of Games on his desk in the study. […]
Fantasy

Posted on September 23, 2022September 26, 2022 Author Contributor
Nobody can tell yaThere’s only one song worth singingThey may try and sell ya‘Cause it hangs them upTo see someone like you — ‘Make Your Own Kind of Music,’  Cass Elliot Lady Gwenllian follows her sleep-walking Butler man-machine — the one that has everyone steamed because he’s lackadaisical about far-reaching matters of consequence such as […]
Fantasy

The Harvest Moon & The Thrill of the Chaste

Posted on September 10, 2022September 15, 2022 Author Contributor
Lady Gwenllian LeStrange-Tudor’s Butler tends to the society garlic and eucalyptus in the garden of her Aimless Priory in preparation for the night’s Gazing of the Harvest Moon. By the light of the Harvest Moon, a Queen joins the princess and the maid to form the powerful triple goddess in the heavens as a new […]