Who is the ESFP Lady of Wands?

Also know as “the Entertainer,” the ESFP leads with extraverted sensing followed by introverted feeling, extraverted thinking and introverted intuition. ESFPs make up 11 percent of the population. Sixty-four percent of ESFPs are female, while the other 36 percent are male.

Sometimes accused of being selfish, impatient and insecure, they are just easily bored. What is more important is that ESFPs are talkative and witty. ESFPs are social butterflies. 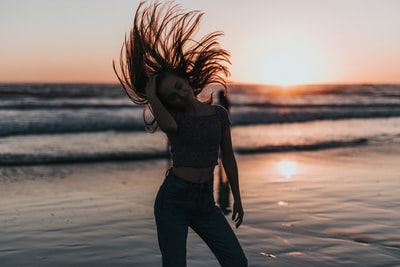 Moreover, the female ESFP’s psycho-sexual interactions with men is as the “huntress” or aggressor. She likes to snag “victims” who adore yet fear her. ESFP women and men like to play games with INFPs, ENFJs, INTPs and ENTJs.

16 Personalities: INTP as the Lady of Swords

Posted on September 2, 2020June 21, 2021 Author Contributor
Who is the Lady of Swords? Known as the “Inventor,” people with the INTP personality  type makes up about 3 percent of the population. INTPs value “fidelity,” and then builds on the list — mutual commitment and support, being listened to, humor, intellectual stimulation and companionship. INTPs and INFJs also report the same love language […]
MBTI

16 Personalities: INFJ as the Queen of Cups

Posted on September 2, 2020August 31, 2021 Author Contributor
An INFJ is a person who still looks at the world in an idealistic and optimistic way even though there are challenges. We are and balanced (left/right) brain people. An INFJ-INFJ love match is an interesting affair. For a fun audio tape experience, check out Mark Urso’s narration of INFJ & INFJ: Dating the Hypnotherapist. […]
MBTI

Posted on September 2, 2020June 24, 2021 Author Contributor
Who is the INFP Princess of Cups? INFPs are often mistyped as INFJs. Do these “soul sisters” have enough chemistry when in a romantic entanglement? According to the surveys… INFP men make up only 1 to 1.5 percent of the population. Surveys show INFJs and INFPs have the same love language preferences. Quality time is […]