With her green eyes as signal lights, Gwenllian permits one kiss from a werewolf-like man with disheveled hair and sexy facial stubble. Blame it on the January Wolf Moon. She wonders if it would be considered a form of bestiality if he did more than kiss her lips. 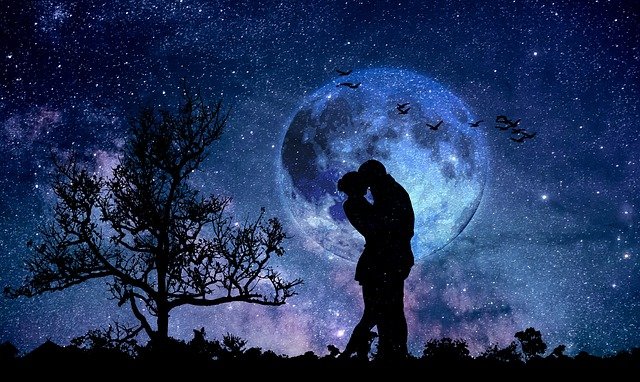 Baby, I can’t figure it out
Your kisses taste like honey
Sweet lies don’t gimme no rise
Oh, oh what you’re trying to do? — Bee Gees, ‘Love You Inside Out’

Gwenllian feels flustered by this vision in the night she came upon while walking on the beach. He was fishing from a rock alone. 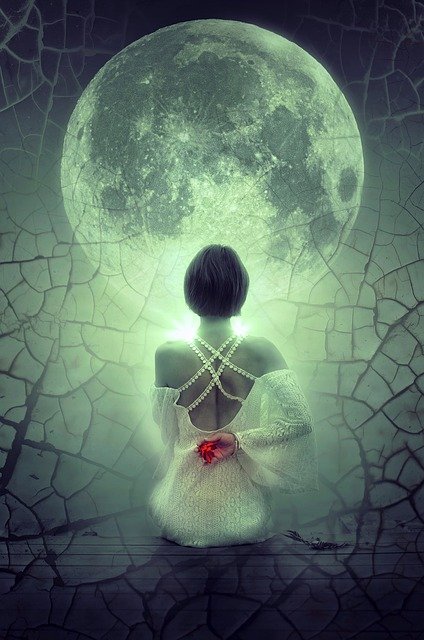 It reminded her of a story she once read about the Wulver, a friendly werewolf who lived in a subarctic archipelago. He left fish on the windowsills of families in need and helped the lost by leading them home.

But the Wulver hasn’t been spotted in precisely 102 and a half years. When Gwenllian fell off her broomstick, maybe she landed on Shetland Island or somewhere off the coast of Scotland.

She wishes she could gaze out at the wild North Sea from these castle ruins. Emerge from the airless dungeon below, or escape the sea tower above and jump into icy blue waters with wintery spray. Become one with the Ice Moon. Learn the ways of the Silent Moon to absorb the stillness of winter.

She thaws ever so slightly when this werewolf-y man stands behind her with a magic fireball in his hand. With a flick of his hand, he starts a fire in a stone firepit amid the masonry debris.

Are some werewolves more humane than humans? Are humans more evolved than machines? If a human merges with a machine, who will play the beast and who will walk more upright as the enlightened one?

Gwenllian’s passionate embrace with her au natural man gets interrupted by a call from the INTJ Lord of Swords. She used to refer to him as Professor Plum, but he plans to abandon the world of academia for good. He left the mansion years ago. Still, he tinkers with the stock market ticker symbols as if solving a great puzzle.

Ticker symbols make a tick-tock sound in Gwenllian’s mind while the hungry humans howl outside the villages of Silicon Valley where elaborate modern homes replace ticky-tacky houses that once brought contentment to the working class.

No one in the valley opens their glass-clad polycarbonate windows because the indoor air is cleaner than the outdoor air. And, their minds are dusted with compressed air. 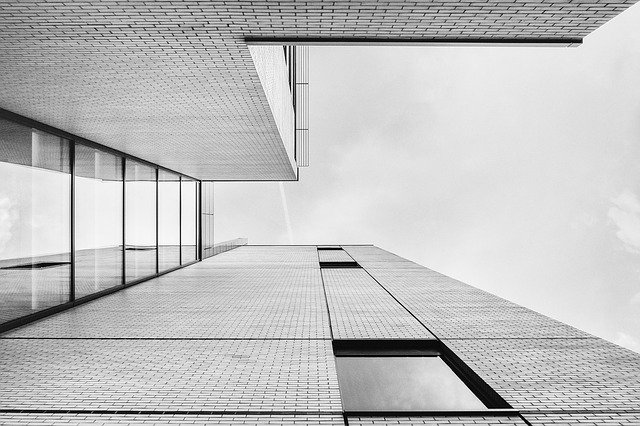 “Tick-tock on the clock; the bull market party don’t stop,” is the gist of what Professor Plum says — without the addition of Kesha’s ‘Tik-Tok’ lyrics of course.

She remembers a working musician who used to sing karaoke with Kesha. He felt jealous that she became a star. Yet, the rock star envies the working musician free to perform as a true artist and not as a puppet on a string or a zombie.

Oh, the million-dollar view of the world from inside my head. Inside your head. Tick-tock on the clock. The party does stop. It always stops.

Gwenllian knows the professor comes to her for that Great Gatsby eternal reassurance. Like Jay Gatsby, she shuts out the entire world for an instant and concentrates on him as if he is the only person in the universe.

And, with an “irresistible prejudice in your favor,” she smiles.

“It understood you just as far as you wanted to be understood, believed in you as you would like to believe in yourself.” — F. Scott Fitzgerald, Nick Carraway describing Jay Gatsby’s smile.

The INFJ lady of the island wishes the good professor a pleasant rest of his day on his island faraway on a different time zone, returning her attention then to the man holding her hand.

Gwenllian is certain it’s against the rules for a man to mate with a goddess. Clearly, he gravitates to otherworldly creatures like herself to his own demise. She is unusually uptight, randomly refined and poignantly prissy with a bad addiction to  alliteration and allegories.

Afraid that she is going to leave him, the beasty man points his head toward the sky, achieving better acoustics for his howl.

In the open air, his voice carries far. And, he doesn’t initially grasp the repercussions of his very public howling for her.

Wild werewolf women appear at the foot of his rock because his howl served as a primitive GPS system. Once the women locate him, it’s clear how they will ravish him. Consume him. 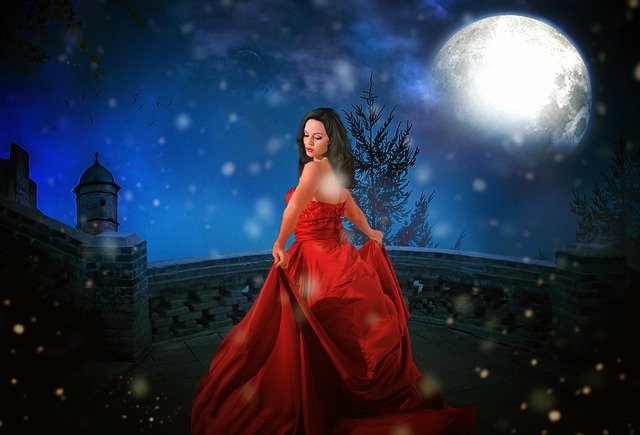 Wearing a red formal gown that dropped out of the Sky Mall earlier that day, Gwenllian leaves the wolf-like man so he can travel in a pack under the Wolf Moon. She turns back to look — only once. The snow turns into rain, extinguishing the fire. And the wicked pack wolves snarl.

I ain’t no vision, I am the man
Who loves you inside out
Backwards and forwards with
My heart hanging out
I love no other way
What am I gonna do if we lose that fire?

January’s Wolf Moon: Love You Inside Out

With her green eyes as signal lights, Gwenllian permits one kiss from a werewolf-like man with disheveled hair and sexy facial stubble. Blame it on the January Wolf Moon. She wonders if it would be considered a form of bestiality if he did more than kiss her lips. Baby, I can’t figure it out Your […]

Lady Tudor opens her green eyes to see the Butler holding his suitcase and black umbrella. She smiles because she knows exactly what’s going on. “You are going on a vacation and already have a man in mind to take over your Butler duties while you are away for the Pink Moon rituals,” the INFJ […]