Gwenllian Tudor flops on a pile of laundry on the marble floors outside the Tudor Mansion cellar.

KC and the Sunshine Band beams through the library windows taking holographic form and signaling the end of a bad migraine headache caused by fluctuations in barometric pressure. 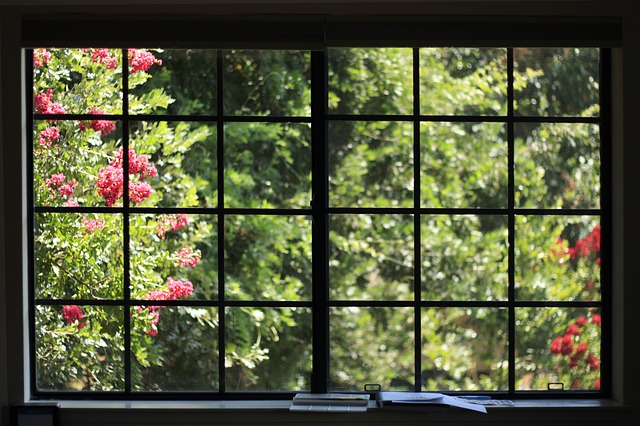 “Shake, shake, shake. Shake, shake shake. Shake your Shibi — Shibi Ini. You know how. Do it now,” Lady Tudor sings to herself — lyrics she invents while staring up at the intricate ceiling patterns. Her Butler man-machine extends his hand to help her off the laundry — which turns to dust because dirty clothes can never get clean enough.

“It’s called Shiba Inu, my Crypto Lady. But I see where you are going with this. A meme is an objectification of the financial rather than sexual variety. Vacuous, for sure, for sure, but capable of boosting your serotonin levels.”

Professor Plum walks past looking all “regeneron-ated” after a few months struggling to survive in the HOOD on his four bitcoins.

“It’s all gambling,” Ms. Scarlet shames Professor Plum, who smirks to himself after calculating Ms. Scarlet’s depreciating value and ratio of vapidness-to-liquidity outside of the industry. 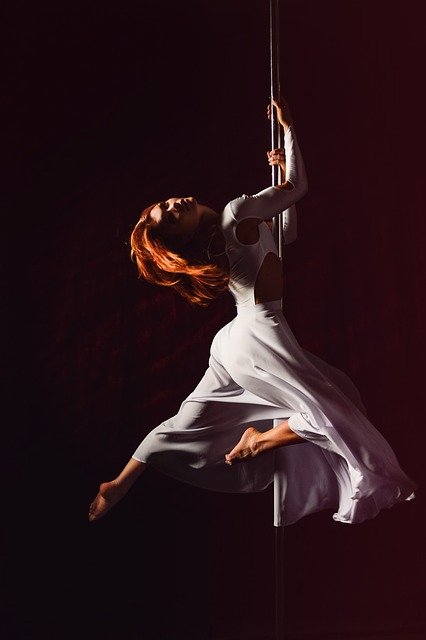 “A little less talking and a little more shaking that Shibu Inu — unless, of course, you think any of this will be around much longer,” Professor Plum says, referring to the evaporation of traditional media and entertainment.

“Shib-a Inu,” the Butler man-machine auto corrects, which only irritates the former professor.

“Social media stars come and go, but alien currency lasts forever,” he snaps. “If you want to make it, shake it. Or exit stage door left of the hallway — back to your game piece’s starting position.”

Professor Plum, if he weren’t single, might call his recent financial success with crypto currency as “wife-changing.”

Lady Tudor, the lady of the Crypt, loves the idea of a quiet, dark vault beneath a church where she could pray to Celtic solar goddess Bridget to take away her migraine. She could hang her druidess cloak on a sunbeam, but the Hierophant tarot card stole the pagan goddess idea and turned her into a saint for organized religion. And, that ruins the mystical experience.

Lady Tudor describes her morbid dream about the world going psychic — and everyone knowing the exact day and time when each person dies. No one wanted to go to college anymore, but if they did, it was for the keg parties.

“Knowing when people die was a movie you never saw but obviously heard about,” Ms. Peacock says. “But the real question is whether the Queen of Swords is running for president. I need something I can use that sounds factual, logical and clinical because I’m a professional.”

“Just don’t be cynical,” Colonel Mustard commands. “I am the only one who gets to be cynical around here. The Butler is digital. The Professor is logical. And, Mr. Green is a simple man. Don’t let your questions run too deep.”

“I think I’ll pass,” Mr. Green says, rubbing his aching head while spacing out over the pathetic nature of his mini-migraine predicament caused by all the dead wood in the library. He envies the Butler man-machine’s virtual life. 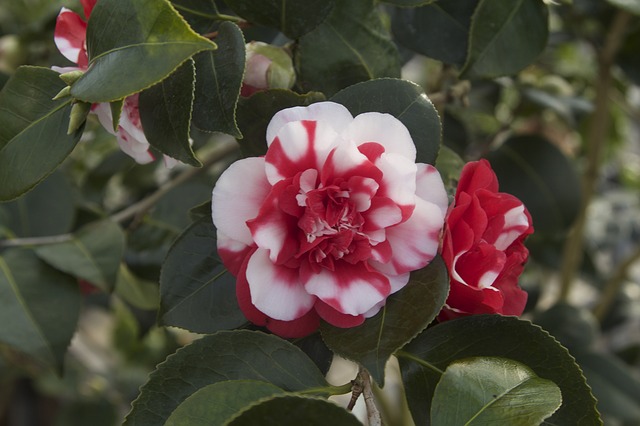 Three Ms. Scarlet clones offer to help Mr. Green but it’s no use. He wanders out to the Tudor Mansion garden — lost in a maze of flowering red and white camellia bushes. A maze of his own making.

“Let’s figure out how to play up the latest tragedy and capitalize on other people’s misery,” the three clones say in unison, with identical psychopathic gazes.

Lady Tudor looks outside the library windows to see MANA falling from the sky. Like a good Crypo girl hiding in Holland since the Holy Inquisition, she sees it as a sign from the sky god. 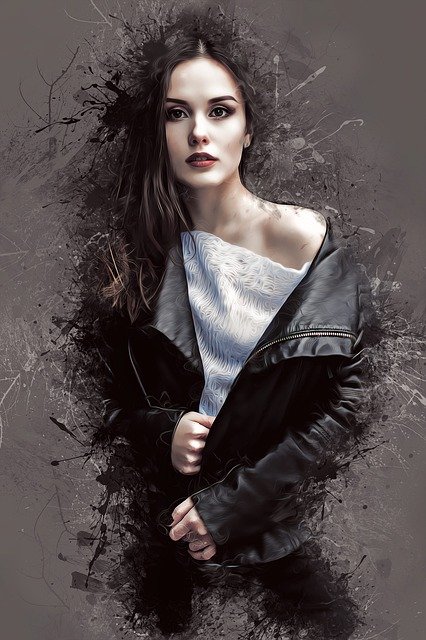 Lady Tudor raises her hand to ask a question.

“What does it mean when alien currency is falling from the sky and the commoner can become rich overnight? And what happens when the commoner takes over the “media” with social media whoring — each person financially incentivized to spin tales, fabricate reality and propagate propaganda?”

Colonel Mustard suddenly feels sick. He regrets eating the MANA from heaven after foaming at the mouth like a rabid dog.

“It looked like shake-and-bake chicken,” the good Colonel barks in a friendly way like a well-trained Shiba Inu.  “It’s raining alien currency — Humidity is rising. Barometer’s getting low.”

Colonel Mustard says the military will usher in the war between integrity and reputation with their political game card — the high priestess from the Spirit of Flowers tarot deck.

“She has no integrity and it’s shameful that you would even want her to have integrity when her reputation is at stake as the flowery social media star inviting the zombies to one final party — the party to end all parties. The ultimate buzz kill,” the Colonel reports. 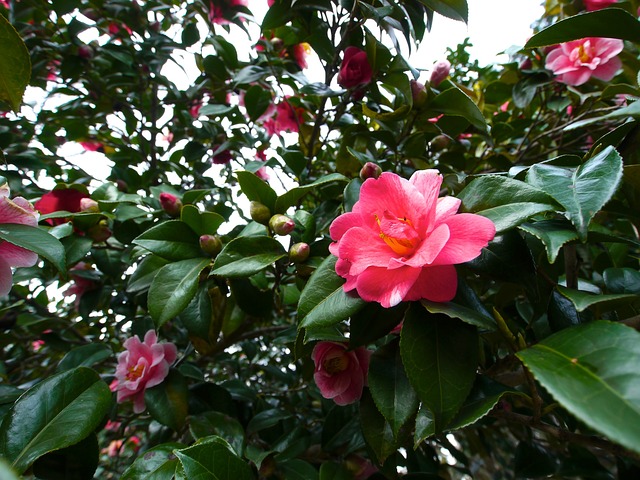 Ms. Peacock says her retirement has been overdue since the medieval era, but the story about the man killing his children with a spear over alleged serpent DNA reminded her of a story she covered during the Iron Age when Scythian warriors rode horses and carried spears.

“If I recall, the bad-ass Scythians worshiped snakes because they came from the supreme god Papaya and the snake goddess Api,” Ms. Peacock says. “But really, I shook my Shibi Ini on live TV long enough. The news is so pathetic because people are beyond stupid — and I feel stupid reporting the news.”

Professor Plum comforts Ms. Peacock in the only way he knows how — with his analysis of research studies and philosophical meanderings.

“People with lower IQ believe in conspiracies,” Professor Plum lectures. “Most people today lack analytical thinking abilities or critical thinking skills. But don’t worry your pretty little binary code about that. I bought Shiba Inu when the zeros were arranged in the most profitable arrangement. I’ll take you to my tripped-out Crypt with all of the amenities to which you are accustomed.” 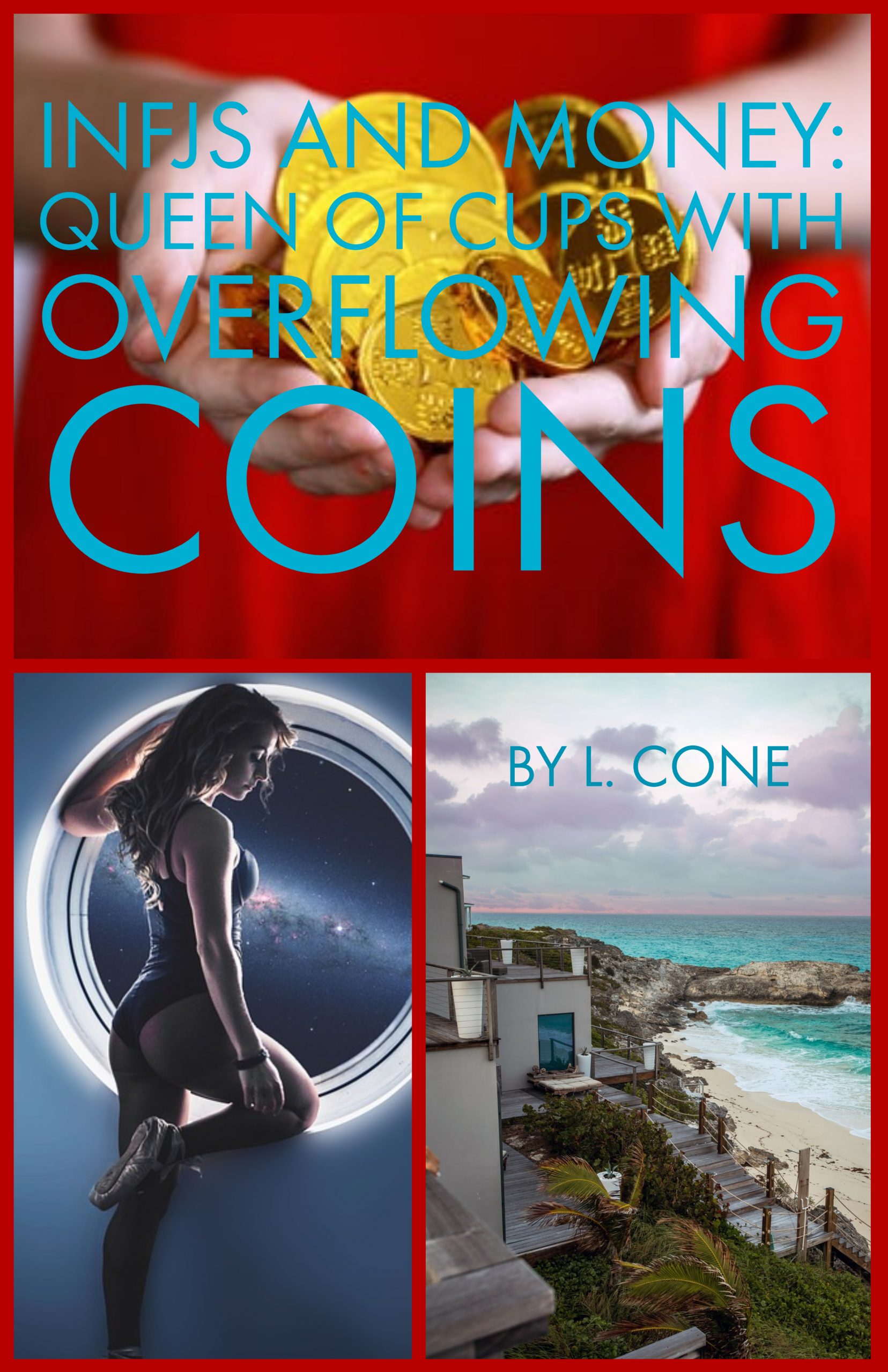 For personal finance tips for INFJs, check-out the revised and updated e-book, INFJs and Money: Queen of Cups with Overflowing Coins.

She was a fast machine, she kept her motor clean
She was the best damn woman that I ever seen
She had the sightless eyes, telling me no lies
Knocking me out with those American thighs
Taking more than her share, had me fighting for air
She told me to come, but I was already there
‘Cause the walls start shaking, the Earth was quaking
My mind was aching and we were making it
And you shook me all night long
Yeah, you shook me all night long — AC/DC, ‘You Shook Me All Night Long’

Posted on July 1, 2020June 4, 2021 Author Lady Tudor
INFJ Gwenllian wakes up on a desert island staring up at the bright sun. “This is going to be a magnificent life because I’ll experience true silence,” she says to the crashing waves at her feet. In response the ocean asks, “But what about your psychic powers? Won’t you still hear what people on the […]
Fantasy

A Blood Moon For Lady Baltimore

Posted on November 19, 2021December 5, 2021 Author Lady Tudor
Disclaimer: Nothing in this story should be construed as financial advice. Rather, the tinkering with ticker symbols is for amusement only.  Gwenllian Tudor politely declines ABIT of the Butler’s Lady Baltimore Cake — one of the few cakes she doesn’t love madly. “Is it not sponge-cake worthy enough for my Lady Baltimore?” the Butler chuckles, […]
Fantasy Members Only

Fiction: Warrior vs. Worrier Endgames Under a New Moon

Posted on February 8, 2021June 4, 2021 Author Lady Tudor
Gwenllian as the lady of the island screams bloody murder as if doing so will bring her back to life. “Get off, off, off my island,” she yells, feeling lightheaded after her sudden rage against the machine that is her Butler. “Oh, come now. Don’t be such a bore,” says her un-laid-off Butler from the […]