INFJ Lady Tudor waltzes into the ballroom for the morning meeting in the afternoon to discuss the Un-Pretty in Pink movie project. Her moth-eaten pink polka dot prom dress looks vintage – and is covered in grass from weed-wacking the mansion lawns. 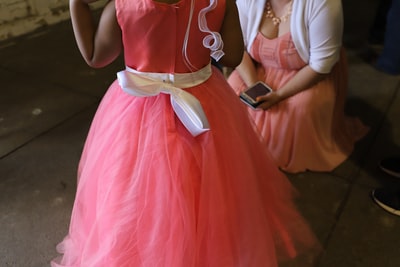 ISFJ Mrs. Peacock and her flower basket stick their nosegays up in the air because Lady Tudor is, alas, a slacker. And, Mrs. Peacock and Mr. Green wanted to monetize the making of their Un-Pretty in Pink reality show on You Tube.

“Here’s your one chance, Fancy, don’t let me down,” the flower basket says.

Unable to shake off the Southern accent from the other day’s performance, Lady Tudor tells the flower basket and Mr. Green that she is terribly sorry about not giving them highfalutin material. Although maybe they do feel high.

“It’s just your dad’s done gone run off, my baby died and I don’t care if I starve to death,” she says, changing the lyrics to Reba McEntire’s country song, “Fancy.”

Lady Tudor’s Butler appears, apologizing for being unable to take care of the mansion grounds due to the furloughs.

“At least you appreciate me, you big lovable giant,” Lady Tudor says, thanking the good colonel for the strawberry shortcake and strawberry wine. “If it would not be any trouble, can I help you clean the mansion later today?” 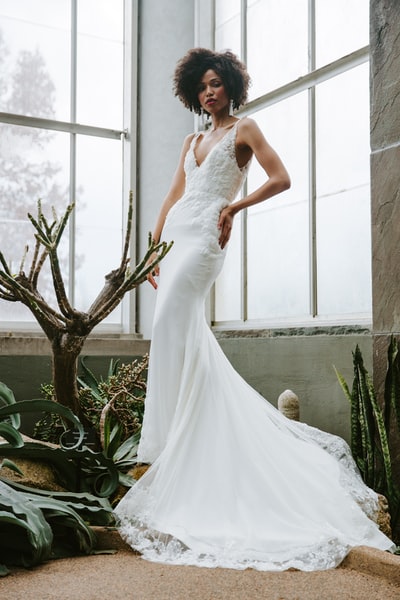 The Mansion’s Magician says it will probably feel as though they are eating communion wafers because mushrooms sometimes arise from sacred ground.

“Can’t you make chamomile or peppermint tea instead?” Lady Tudor sighs. “Something about that truffle tea worries me. Maybe it’s because I’m clumsy — and fear tripping over the Strawberry moon. I just don’t think it’s prudent.”

Her suggestion ignored, Lady Tudor cuts the tight neck collar off of the prom dress worn by Molly Ringwald. As if, she smiles, quite pleased with her refusal to ever submit.

“While I’m sure Molly Ringwald is lovely as a red head, it’s not my color,” Lady Tudor says with a calm air about her.

Because I do what I want

ESTP Mr. Green says he is more than just a little curious why Lady Tudor is so cheerful yet kind of difficult. 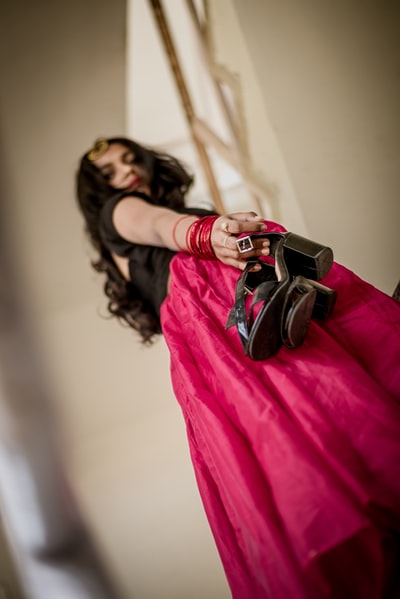 “Oh my God!” Lady Tudor says, unable to hide her excitement any longer. “I am happy because I know who I am. I don’t need to play the Molly Ringwald part because I’m Blane. Blane is the dreamy guy she falls in love with who constantly looks like he is staring off into Xanadu.”

Colonel Mustard says if Lady Tudor plays Blane, who should take the star-crossed lover role of the spunky girl, Andie, in their version of Un-Pretty in Pink?

“I want Mr. Green to play the cool Andie girl from the proverbial other side of the tracks,” Lady Tudor decides.

The Butler asks Lady Tudor if she is coming out. His question triggers the mansion intercom system to play the Diana Ross song, “I’m Coming Out.”

Lady Tudor says she is definitely coming out as officially liking the wild and moody man-chick inside of Mr. Green’s manly body.

“Are you following my logic?” she asks.

“No, but it’s consistent,” the Magician card says, fully aware that the train is off the rails, left of center. Just how he likes it. Crazy, crazy.

Before she continues, the Mansion Magician insists that he gets to play Steff. The original actor was James Spader. And, why not make the Knight of Cups play the pretty-boy Blane as long as everyone understands that Steff is still the real lead?

“The Knight of Cups can’t be Blane if I am Blane. But if you need to hear it again – yes. You can be Steff. And everyone knows Steff is the hot one that all the girls in the movie theater wanted.”

Colonel Mustard interrupts because he found an article on the Internet that says Blane from Pretty in Pink was like, the worst boyfriend ever, totally.

“And I would be the worst boyfriend any girl ever had,” Lady Tudor says.

Colonel Mustard goes through the list of what reportedly made Blane a bad ‘80s boyfriend: wearing linen blazers, exhibiting poor date planning skills and being wimpy.

As far as the rest of the bad ‘80s boyfriend list, what’s wrong with linen blazers? Linen breathes. Lady Tudor remembers the pale green linen dress she once owned. Oh, yes. You have to iron linen. And, everyone knows Lady Tudor is an un-retired slacker.

Taking a quick swig of strawberry wine, the Butler asks whether he should offer Duckie beer, scotch or a juice box.

The flower basket says he is having trouble following the nonsensical script because his next line is, “This woman is suffering inside – that’s all there is to it.”

“Is the woman suffering here Mr. Green as Andie or Lady Tudor as herself?” the plant asks. “At this point, that inebriated jobless father who sleeps in late is looking like the hero of this movie.”

Everyone agrees that Lady Tudor is only allowed one song from the Pretty in Pink soundtrack, but that’s it!

Suzanne Vega, wearing a black leather jacket, pink shirt and heavy eye shadow, teleports from the 1980s to perform “Left of Center.” The prom set in the ballroom transforms into an abandoned warehouse with graffiti on the walls with peeling paint and exposed brick.

When they ask me
“What are you looking at?”
I always answer
“Nothing much” (not much)
I think they know that
I’m looking at them
I think they think
I must be out of touch
But I’m only
In the outskirts
And in the fringes
On the edge
And off the avenue
And if you want me
You can find me
Left of center
Wondering about you…

And for the final scene, the mansion magician wears a white linen jacket while he gawks at Mr. Green and Lady Tudor from the forbidden cellar staircase. They are acting out the “Tell me the Truth,” scene in the Mansion hallway.

“I want to hear you say it,” Mr. Green says in the role of Andie. 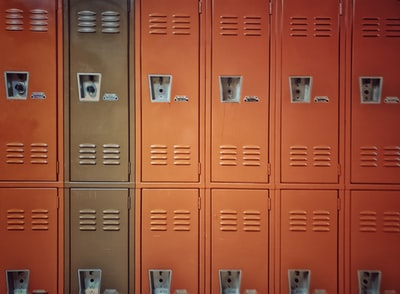 “A month ago I asked somebody else and I forgot,” Lady Tudor says as Blane, bracing for Andie’s classic slam-the-guy-into-the-locker move for standing her up for prom.

Andie has a meltdown. Blane says, “You don’t understand that it has nothing to do with you.”

Rather than storming out as Andie did in the movie, the new version of Un-Pretty in Pink keeps Andie in the mansion hallway.

“You know what’s going on. I’m sad. I want to hide in that locker. I need a cloak of invisibility but it’s only 1986 – and invisibility isn’t a thing yet.”

Mr. Green says he would be happy to wait until the end of the prom to dance with Lady Tudor because he gets the fact that she dances to remember the “glory days” very much like Iona. Besides, he has so many dance cards to plow through in the meantime.

“Oh yes,” Colonel Mustard interjects. “Annie Potts played the lady who was into the punk rock scene but wanted to reminisce about her ‘50s prom night by dressing up in her old prom dress and dancing with Andie.”

A mysterious woman comes from the doorway asking Lady Tudor if her mind is Tiffany twisted.

“I would not say I’m Tiffany twisted but sometimes I dance more to forget.”

Nothing is more beautiful than the idea of a Strawberry Moon – the moon for June, the voice by the doorway agrees. And sometimes the best prom night is spent staring at the ceiling and listening to a song about a not-so-ordinary lady.

We tripped the light and danced together to the moon,
But where was June?
No it never came around
If it did it never made a sound,
Maybe I was absent or was listening too fast,
Catching all the words, but then the meaning going past. – Bread, ‘Aubrey’

INFJ Gwenllian wakes up on a desert island staring up at the bright sun. “This is going to be a magnificent life because I’ll experience true silence,” she says to the crashing waves at her feet. In response the ocean asks, “But what about your psychic powers? Won’t you still hear what people on the […]

INFJ Gwenllian as the Lady of the Island rests during an afternoon walk, leaning against a mile marker post that reads 102. It’s the start of November – which means the beavers are busily preparing for winter. And mortals release their heavy burdens before taking shelter for the winter. Gwenllian continues her walk, contemplating all […]